WHAT IS IT ABOUT

On November 29th The Philippine Red Cross FBF team received the first Automated impact map from the 510 team. This was 120hrs before expected landfall of Typhoon Kammuri/Tisoy.

The FbF project in the Philippines used impact-based forecasting – overlaying the wind speed forecast with data on indicators such as building types, poverty and past impact of typhoons – to identify those municipalities, for which the most severe impact is predicted. 510 initially used to do calculations and create the maps when needed but now have started to automate the outputs with updates tracking 120/81/21 hours before landfall. The impact-based forecasting model used in the automated maps was also developed with support of 510.

WHY IS IT NEEDED

This automated map allows the aid workers on the ground to act and warn potentiality affected districts about the typhoon. With the maps information and support of German Red Cross, volunteers and the staff of the Philippines Red Cross are carrying out the following early actions: (taken from https://www.forecast-based-financing.org/2019/12/02/typhoon-tisoy/)

In Camarines Norte, houses in two communities were strengthened, e.g. by tying down roofs. Shelter strengthening kits and instruction materials specifically for this purpose had been developed earlier this year in collaboration with construction experts.

In Catanduanes, early harvesting of Abaca trees in five communities was supported, employing more than 100 community members. This will ensure that vulnerable farm workers have income for the coming months when processing the fibers. In past storms, when Abaca trees were destroyed this not only meant significant losses for farmers, but also a continuous lack of income for those workers normally employed for processing the trees.

In Camarines Norte, PRC and GRC are supporting the evacuation of livestock in two communities. Communities were chosen that had already lost large parts of their livestock during Typhoon Usman just one year ago. The FbF team has identified a central elevated site (200m from the shelter for the population) and employed 17 community members to fence the area. The livestock evacuation is being carried out in close collaboration with the provincial DRM authorities, which will be providing trucks. 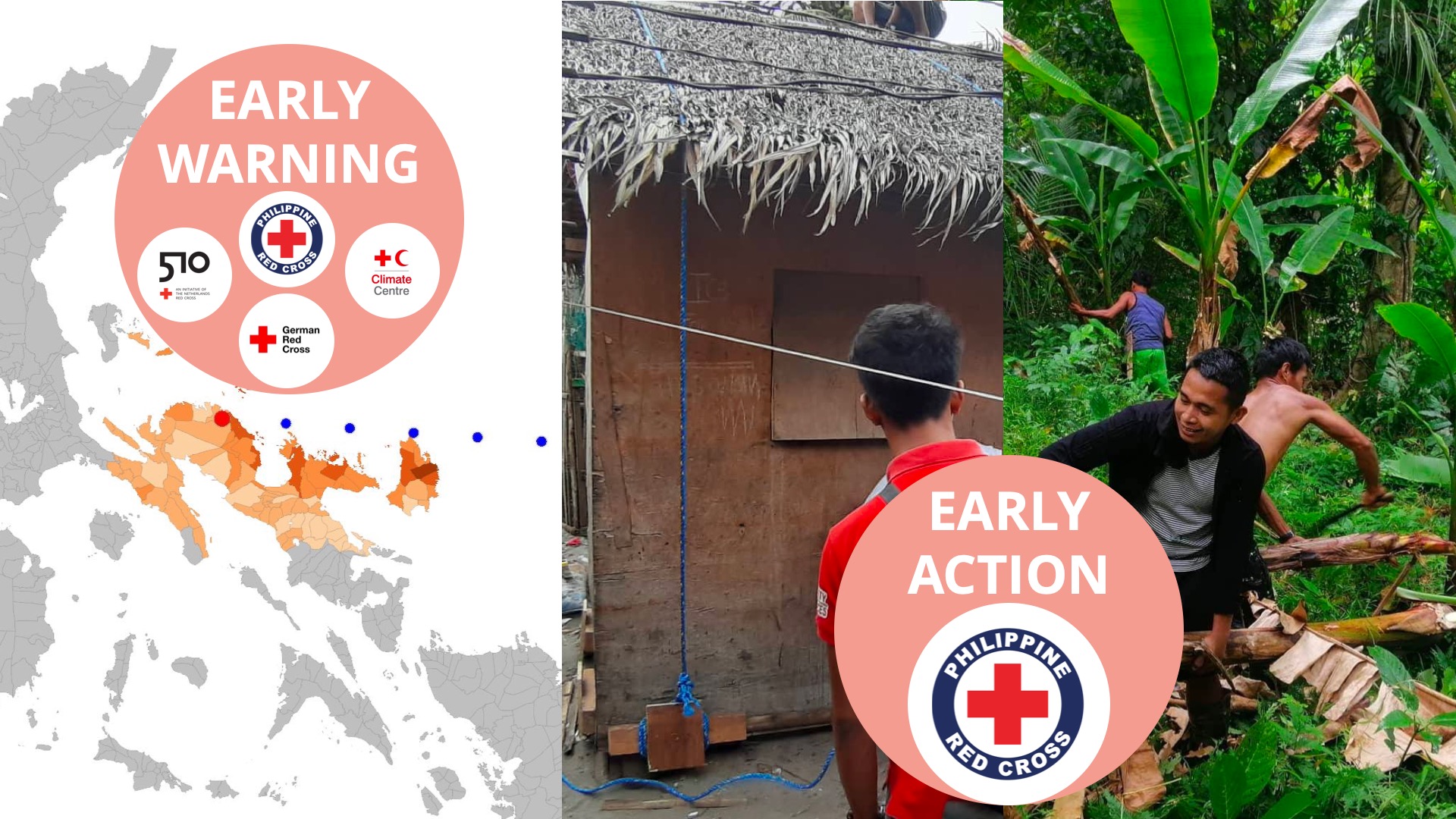 WHO WORKED ON THIS

HOW WE WORK TOGETHER

Read more here about how 510 works with the IBF & FBF stakeholders.