If you have just watch the video animation above, you have witnessed a time-lapse of hundreds of hours of work, by mappers all over the world, squeezed into 15 seconds. From Aug 17- 25 both amateur & professional volunteers started mapping areas affected by floods in south Asia. Among these, were mappers from The Netherlands, Nepal, not to mention 510 team members. We were so impressed by the effort and the amount of new map data! We just had to make this time-lapse to show it in action.

The three tasks in HOTOSM resulted in the following stat’s for Nepal.

Every week is busy in the 510 team. Our Data Scientist’s, Flood specialist’s & GIS experts had been busy gathering data & creating emergency maps for teams working in the field in Nepal, Bangladesh and India since the floods began. So what was so different about last week?

At 8.08am last Monday the Dutch News agency NOS posted an article calling for volunteers to “help people from behind their computer” by creating maps for the areas affected in the floods in south Asia.

By 9am, the 510 team was using the morning standup meeting to ensure that any potential mapper motivated by this article, would get the full support to start mapping as quickly as possible.

Although most Dutch people have an excellent command of English, we wanted to reduce any potential learning barriers. Whilst Jan Willem started to translate & create Dutch subtitles for a “how to map in OSM” video, Niel worked on preparing the upload to the newly created 510 YouTube channel (to date it’s tracking nearly 4500 views!) Did we mention that neither of these GIS experts had ever done any such tasks before? It is a typical “Let’s try” trait of the people who join the self organising 510 team.

510 Team Co Lead Stefania was liaising with Iris from NLRC communications & press department to ensure the correct information was being shared whilst she herself was managing the flutter of tweets across our channel alongside her other work, it was then we then decided to create a new slack channel with NLRC Comm’s & Press to speed up information exchange.

In the background the automated “Missing Maps helpdesk” set up the week before by our very own 510 Initiator Maarten, was already producing 15 support requests per hour and the same goes for the phone desk. When Jordi (a newly recruited mapper) was later interviewed he was asked “Is it difficult to map?” he responded in a way that made us smile because it’s so true.

“It’s not unlike setting up a house in #TheSims, only here you are outlining real buildings & roads.” 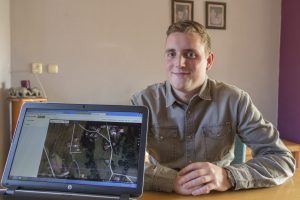 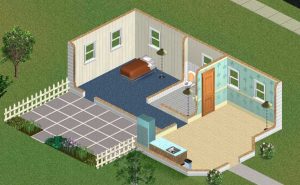 While it is also true that the quality of the resulting maps used by Red Cross & other Agencies like MSF in Field is taken seriously by our volunteers, it is clear that the skill set you use when mapping in OSM can easily be learnt through gaming.

In fact, it’s this very “feel of gamification” that lead to the creation of MapSwipe a smartphone app which helps prioritize the grids that should be mapped in OSM by asking you to simply swipe satellite images with 1 tap for yes (there’s is something to be mapped) 2 taps for maybe & 3 taps for bad imagery like cloud cover.

If you are concerned that such an important task is performed by someone who is most likely killing time waiting for a bus don’t be, all swiped images go through the system a few times not to mention experts to ensure the wisdom of a crowd can be applied.

Mapping is relatively easy when you know the basics but it does go much faster when there are experts involved. By midday Koos had received a call from his cartology network informing him that the geo information team at Kadaster were offering 40 experts to map all day on Tuesday. He immediately set about earmarking HOTOSM tasks, whilst he continued (along with Iris), to be interviewed by numerous reporters who subsequently wrote these articles in De Volksrant, De Telegraaf, Brabants Dagblad & RTL NIEUWS showing how volunteers like Sari de Zeeuw or Iris van Tulden mapped in their spare time.

When Iris told us that on Wednesday 20 students & their geography teacher in St-Gregorius College in Utrecht decided to do their own mapathon it confirmed the future of millennial mappers is secure! Which makes me look forward to the second tour of “Missing Maps Scholen Project” starting in NL in September and all other Mapathons to come! 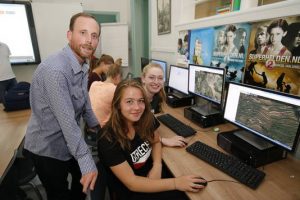 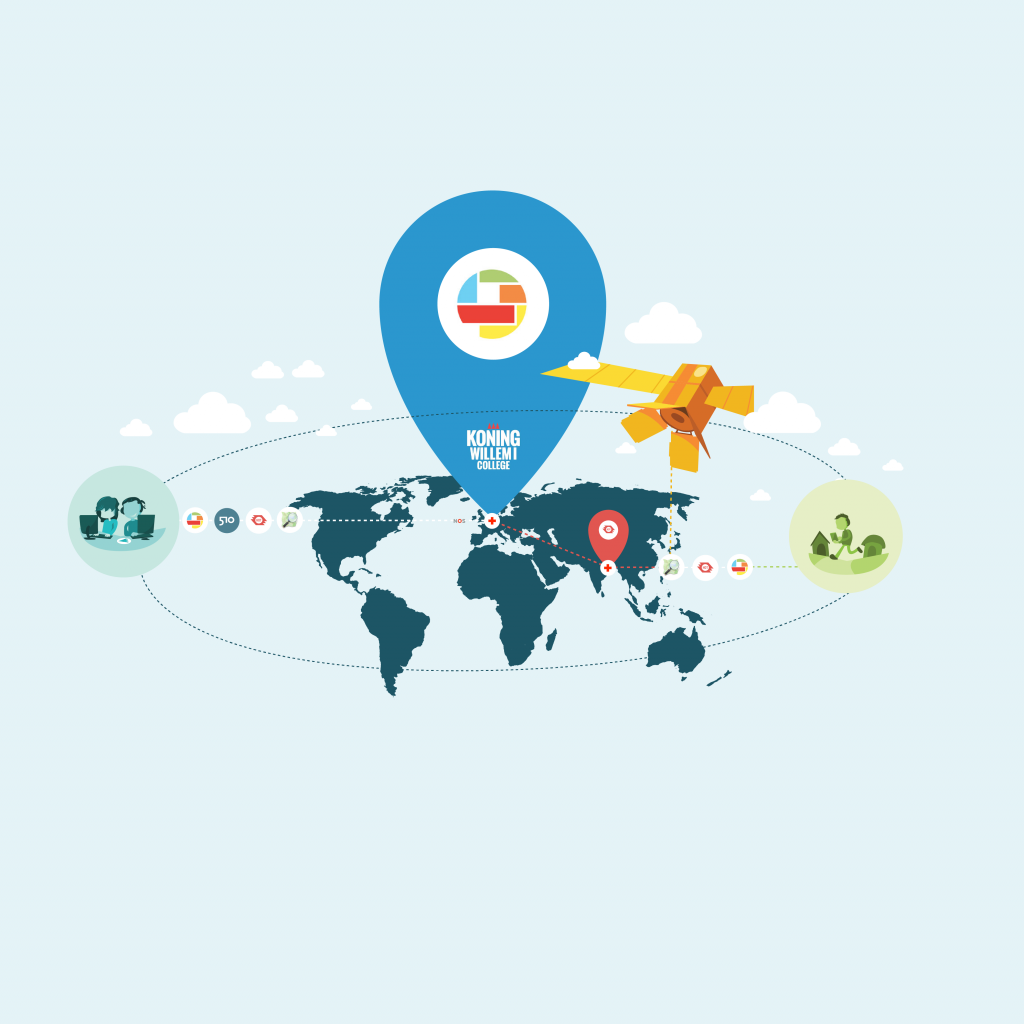 Rick from the NLRC press room (FYI also an avid mapper) asked if we had any imagery to show the progress of the mapping, the 510 team self organised again. Jurg & Koos discussed how it could be done, Quinten & Raymond researched options whilst Niel prepared a backup solution, in case the other ideas where not possible given the timescale & mapping workload.

We decided to focus on the visuals for the HOTSOM tasks #3404/5/6 in Nepal. It’s important to understand that this whole process depends just as much on the local knowledge to verify and name the roads / buildings being traced thousands of kilometers’s away by volunteer mappers.

It was impressive when Katmandu Living Labs tweeted that over 1083 active mappers in Nepal topping OSMstats Leader board were busy verifying every item added to the maps and it’s clear that the speed and accuracy of these maps is owned by many and only works as a “global” team effort. 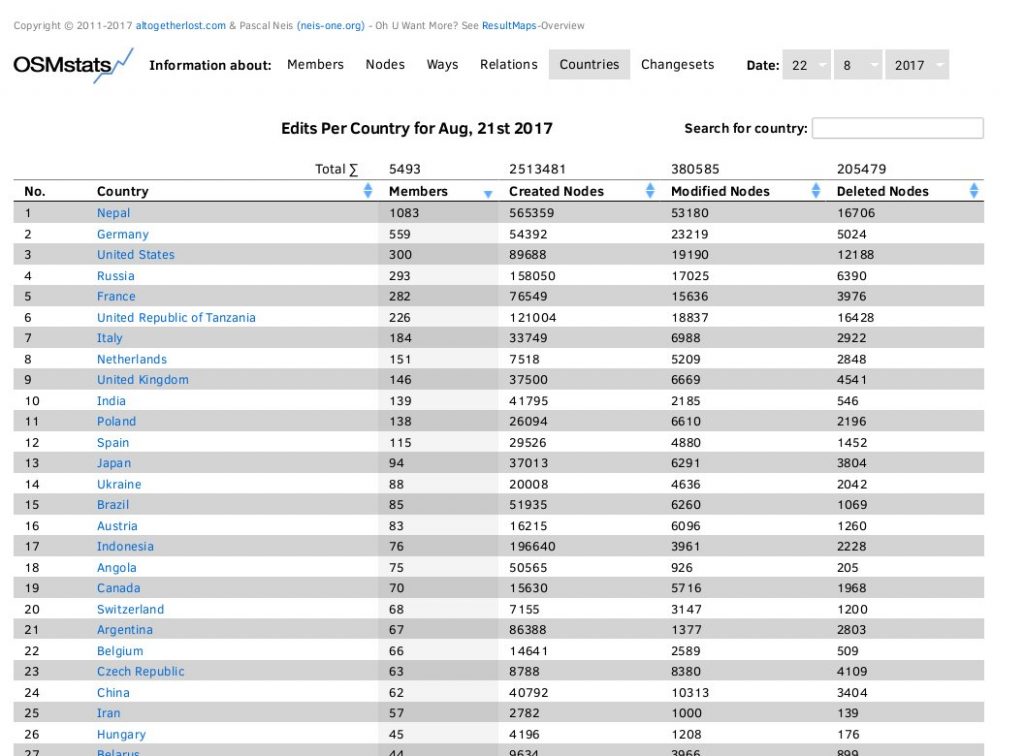 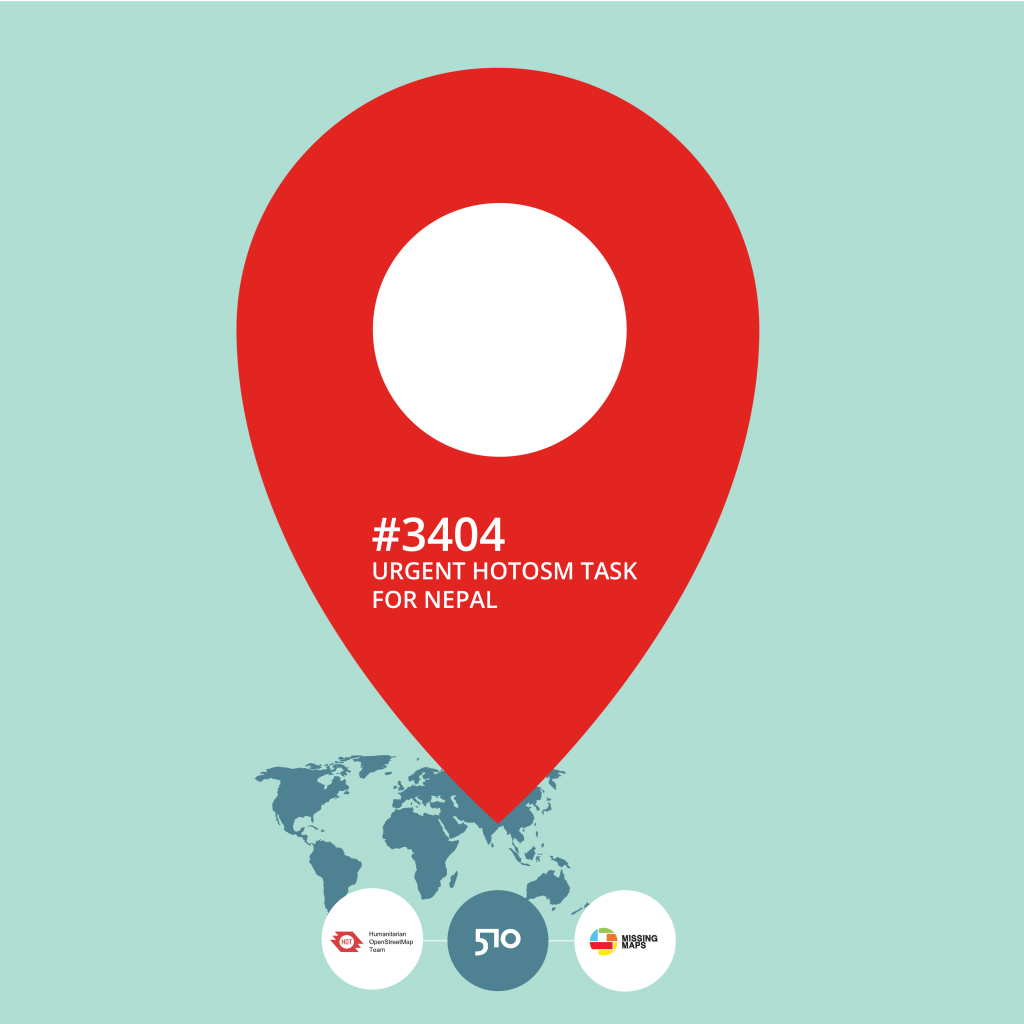 Today is Saturday and there is a message on the missing maps slack channel from Raymond posting the time-lapse animation from the Nepal tasks. When he was asked how he made it, he said “I used a combination of python, sql, qgis & blender…” Maarten instantly asked him to save it to document the method in a Trello Card.

If you want to learn how he did it, and like how we work, then come work with us or volunteer! As there is always someone willing to help you & 510 succeed in making humanitarian aid faster better & more cost effective … and this week is no exception.